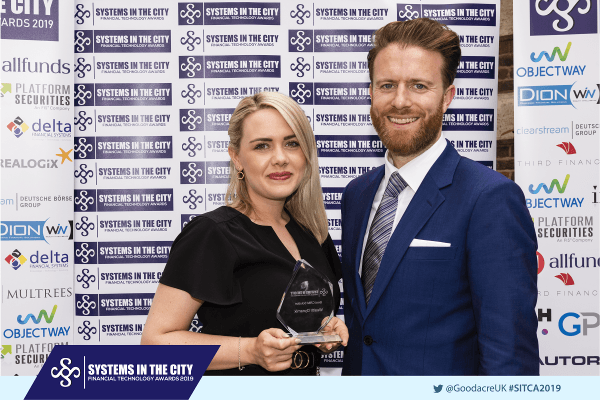 Leading suppliers of services and systems for the regulated investment sector were confirmed at the annual Systems in The City Awards presentation which took place at Merchant Taylors’ Hall, London, UK.

Wealth Dynamix are proud to announce winning the ‘Best CRM Solution’ 2018 for the 3rd year. The company were awarded for their ‘expertise and excellence in delivering CRM solutions’.

Commenting on the firm’s achievement, Gary Linieres, CEO of Wealth Dynamix said: “We are absolutely delighted to have been awarded this year’s Best CRM Solution by so many industry experts. Everyone at Wealth Dynamix has worked extremely hard to ensure we provide the best technology and expertise for our clients and it is great to see the team’s hard work being recognised.”

Stephen Pinner, Managing Director of Goodacre UK, who hosted the awards ceremony said: “These Awards are now the benchmark for firms considering alternative services and systems, not least as it is the users themselves who have offered direct feedback on all SITC FinTech nominees. The majority of providers work hard in the background to support their customers and I am especially pleased with the number of individuals who were nominated this year by the user firms. The work carried out by system providers is often overlooked and considering the major changes needed to keep systems compliant and fit for purpose, all nominees fully deserve to be recognised in this way.”. 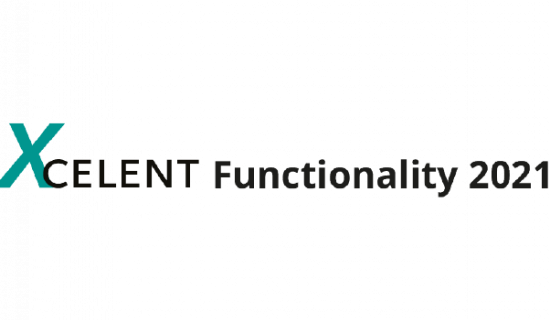 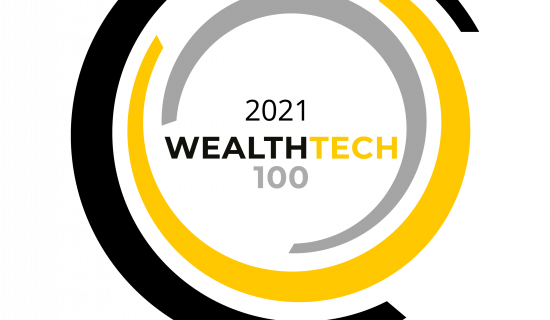 Wealth Dynamix ranked as one of the world’s leading 100 WealthTech companies for the third consecutive year. 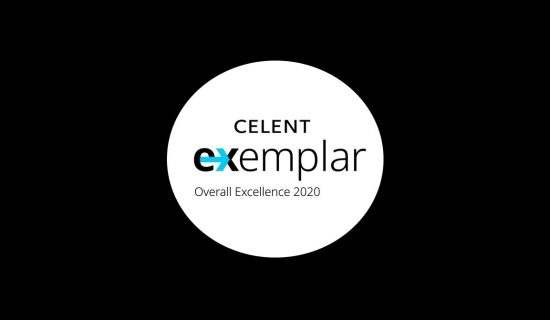 His specialism is growing and extending sales territories to grow revenues and increase market share.

Travis combines 15 years of software delivery, business modelling and leadership experience with a passion for transforming business needs into effective digital solutions. Before joining Wealth Dynamix in March 2018, Travis led Operations for Nikon – a role which incorporated CRM product ownership responsibility and initiated over 10 years of MS Dynamics experience, from 2011 to Dynamics 365​.

Since joining the Wealth Dynamix team, Travis has been instrumental in designing and delivering some of our most strategic WDX1 projects. Leading the consulting team for WDX1, he is responsible for their recruitment and development. The team’s complex remit supports a fundamental aim – to ensure Wealth Dynamix delivers the best client experience. ​Travis is also responsible for ensuring the WDX1 product is designed and evolved in the most adaptable way possible to drive adoption across our client base, existing and future.

An experienced, tenacious marketer, Jo joined the Wealth Dynamix team in 2021 as Head of Marketing and quickly rose to the position of Chief Marketing Officer. A Brand and Marketing specialist with a proven track record in BRB and B2C communications, Jo combines a customer-centred approach with strategic thinking.

Having held senior Marketing positions in numerous FTSE 100 businesses, including Asda Stores Ltd, The Co-operative Retail Group, plus financial services brands MBNA, OneFamily, TransUnion, The Co-operative Group, she possesses a wealth of experience in the fields of finance and technology.

Jo is passionate about activating the Wealth Dynamix brand across every channel, taking a holistic marketing approach to drive consistency, salience and thought-leadership activity.

Agustin joined Wealth Dynamix over six years ago bringing a wealth of experience in change management.

Having experienced first-hand the challenges of managing clients through change, Agu now brings that expertise to Wealth Management firms looking to leverage technology in order to help them connect more effectively with their clients.

Agu has a deep technical knowledge of our solutions that allows him to deliver our products effectively, unlocking the full potential of every feature.

Juan has over 20 years’ experience developing and implementing CRM solutions and has spent the last 10 focusing primarily on the Client Lifecycle Management (CLM) in the Wealth Management industry.

Currently Head of Development, Juan is responsible on overseeing the technical direction of the product.

Juan has a first degree in Telecommunication Engineering from Universidad Blas Pascal and a MSc in Business Information Technology from London South Bank University.

An internationally experienced change management professional, Ben is responsible for overseeing projects both internally, and for clients.

Director of Pre-sales and Implementations

When David joined Wealth Dynamix in 2015 he brought with him a vast amount of experience delivering large-scale Microsoft Dynamics CRM projects. As a Senior Business Analyst at Royal Bank of Scotland David managed deployments with more than 2000 users, for both Business and Commercial Banking, as well as working on key AML initiatives for RBS International. In his current role at Wealth Dynamix David supports the growth and strategic direction of client implementations in Europe. Wealth Dynamix leverages David’s product expertise to shape the product roadmap and ensure that the firm delivers solutions with the right capabilities, that will be enthusiastically adopted, by all customers.

Prior to his involvement in the wealth management sector, David worked as a waste management contracts manager, working with Multi Services Kent to ensure effective waste clearance and re-use at the 2012 London Olympics.

Director of Pre-sales and Consulting Europe

Since joining Wealth Dynamix in 2019, Cédric has worked closely with clients to ensure that the WDX and CLMi solutions are deployed efficiently and effectively.

In a career spanning more than 25 years, Cédric has become an accomplished business and global project management leader covering both technology and financial markets sectors. Having held various roles in private banking (front, middle and back office) and brokerages, in both functional and technical roles, Cédric has led many projects including client onboarding implementations and KYC reviews, regulatory compliance projects (including PSD2, MIFID2/PRIIPS, GDPR, CRS, Rubik) and digital transformation projects (online and mobile design and implementation).

As Director of Pre-Sales, Johnny is responsible for maintaining the firm’s pre-sales policies, methodologies and resourcing. He is also leads some of WDX’s largest pre-sales analysis exercises, conducted for a wider variety of financial services firms spanning multiple jurisdictions.

William’s commercial expertise in connecting technology to solve wealth management business challenges was borne out of his early career as a stockbroker, followed by a variety of Client Relationship Management and Sales roles in asset management and banking.

Having experienced first-hand the challenges of doing the job, William recognises that an unwavering focus on client service is required to build progressive and mutually beneficial partnerships in FOR the longer term. Having gained further experience working for financial technology service providers including Calastone and Contemi, he has the specialist expertise needed to identify how to leverage technology to help wealth managers connect more effectively with their clients, and become more efficient, transparent and dependable.

In addition to his role as Commercial Director at Wealth Dynamix, responsible for new business development in the UK, US and Middle East, William sits on the board of the Securities Investment Management Association (SIMA) where he is actively involved in exploring industry trends and challenges.

An experienced and accomplished specialist in CRM technology and wealth management, Dominic is responsible for defining and leading the product roadmap for Client Lifecycle Management (CLM) solutions at Wealth Dynamix. Experienced in SaaS strategy definition, Dominic formulated the development and launch plan for the firm’s cloud-based CLMi solution.

Prior to joining Wealth Dynamix in 2014, Dominic held senior positions in both RBS and Barclays Wealth and Investment Management, where he was responsible for leading enterprise-scale CRM implementation projects.

With more than 15 years wealth management and WealthTech experience he has vast expertise and insights into best practice CRM and CLM execution.

François joined Wealth Dynamix in 2020 to grow the company’s presence in France and further extend business operations across Europe and has since been designated Chief Revenue Officer, a member of the board.

Having closed several flagship deals for the company across Europe and Switzerland, today his role encompasses responsibility for new and existing revenues, recruiting, structuring and managing the sales team, plus owning the business forecast and reseller channels.

Previously, François served as Chief Sales and Marketing Officer, Executive Committee member and investor at DreamQuark, an Artificial Intelligence software startup. At DreamQuark, he secured the firm’s first recurring revenues with Tier-1 banks and insurance companies, won the Fintech of the Year award and enabled A and B level fundraising. Before that François spent almost 10 years at Nokia Networks, leading European Sales for Analytics Software.

François has an MBA awarded by INSEAD and an engineering degree from the École Centrale de Nantes.

Currently Chief Operating Officer and Board Member at Wealth Dynamix, Natalie is responsible for the strategic direction of operations across the business. A wealth and investment management industry expert, with more than 25 years experience delivering large-scale technology projects, Natalie plays a pivotal role in ensuring the efficient running of the firm and meeting key business goals.

A wealth and investment management industry expert, Brent has more than 25 years of experience in developing front to back software solutions that address sector-specific operational and compliance challenges.

Prior to co-founding Wealth Dynamix in 2012, he was a Director at Third Financial Software, where he drove product development.

Previously, he led business development and product strategy for the wealth management division of Financial Objects.

Brent spent 13 years at DST (now SS&C) until 2007, where he was Associate Director responsible for the global product strategy of institutional front office and wealth management solutions.

He graduated from Downing College, Cambridge, with an honours degree in Geography.

With a lifetime career in wealth management, beginning in front office sales more than 25 years ago, Gary is recognised as a highly successful, award-winning executive and serial entrepreneur.

Currently CEO at Wealth Dynamix, one of Europe’s fastest growing WealthTech firms which he founded in 2012, Gary has pioneered a new approach to Client Lifecycle Management (CLM) and built solutions suited to both enterprise-scale and mid-size financial institutions.

In his early career Gary excelled in a wide variety of FinTech sales management and executive roles in the UK, Switzerland and France.

Following his tenure as Managing Director at Financial Objects, which saw revenues grow by more than 300% on his watch, Gary founded and subsequently exited from Third Financial Software after it became a leading front office technology provider.

GET THE BROCHURE
Client Onboarding